The year is ending with the worst waiting lists in the recent history of Spain. The Ministry of Health has published this information by autonomous communities on September 30th and the balance is shocking. The average waiting time on a national scale has moved from 93 to 115 days in just one year. This is to say, patients have to wait almost a month longer to be operated than they did in 2018.

It is true that this is a situation we have been experiencing for many years in the public system. Too many years. It is a genuine curse, meaning that the Spanish health system is not effective and is causing serious harm to its citizens, who ought to be the focus of the system and yet feel like they are victims of it.

More than half a million Spaniards (671,494 in June) will spend this Christmas waiting for a surgical intervention that, on average, will be delayed by almost four months. Some people wait a year.

I worry that, if after a fifth of the 21st century we still have the worst waiting lists in history, all signs point to this being a structural problem rather than circumstantial.

But as Einstein said: “If you are looking for different results, don’t always do the same”. And that is exactly what our politicians are doing. It is incomprehensible to listen to them talking about solutions as ineffective as paying professionals to attend to patients on the waiting list outside of their usual working hours. Why? Because this measure is outdated, it goes against an efficient management model, it implies an obsolete personnel policy and has been proven to be completely ineffective. When I started to work in the health sector, in 1990, it was already being said that working overtime was not the solution, as the system itself promotes working extra hours, lack of family balance and excessive working hours, with the consequent reduction in safety at work for the professionals. Also, genuine bottlenecks are created because it is only applied to professionals in surgical specialties when others, such as GPs or paediatricians have the same problems with waiting lists.

Another of the measures proposed by the politicians time and time again, as if this were “Groundhog Day”, are the crash plans. There are governments that resist the establishment of stable and efficient overtime in the private sector and apply these types of temporary measures, thinking that this is a circumstantial problem, when that is not the case. The crash plans have also been shown to be inefficient in the long term, as they do not reduce the lists.

So what is the solution? We can’t perform magic, but we must all be brave: The governments, to apply new management formulae in the public system, such as the Ribera Salud model, or at least tools that have been proven efficient such as modern management of human resources; and the private initiative, to innovate and offer the best healthcare to citizens, with long term collaboration formulae with the public administration. Administrations and companies must always place the patient in the centre of the system and motivate and encourage professionals to reach their goals, including quality of care, delay, suitability of facilities, waiting lists, etc.

The waiting lists are a structural problem, and if we want to face the new challenges of the Healthcare Sector with determination, we must get to the bottom of the problem, to the active ingredient of the system, the professionals. We must give them the importance they deserve and rewards that are not only economical but also professional recognition, flexibility and family balance, training and research, as well as variable compensation. It is necessary to align the objectives of the professionals with those of the organisation, to open the services in the morning and in the afternoon and to do away with the rigidity of a public system that resists modernisation of its modus operandi. Also, it is important that we work together on our focus on technology as a tool to facilitate work for professionals and to improve the care and information for patients.

While we continue to apply the same responses to the same problems, the result will not change. The clearest evidence that things can be done differently is the Report by the Court of Auditors of the Generalitat Valenciana, where this advisory board for the Government of Valencia ensures that the waiting list at the Torrevieja hospital is three times shorter than the average in Valencian hospitals.

At Ribera Salud, we are brave. We aren’t perfect, but we always make an effort to improve and to offer the best healthcare. And that, in the end, is truly placing the citizen at the centre of the system and giving importance to the principal asset of the system, the professionals, so that they can lead the process of change.

Given the current time of year, I’d like to take this opportunity to wish a very merry Christmas to all the readers of this blog and a happy New Year.

END_OF_DOCUMENT_TOKEN_TO_BE_REPLACED 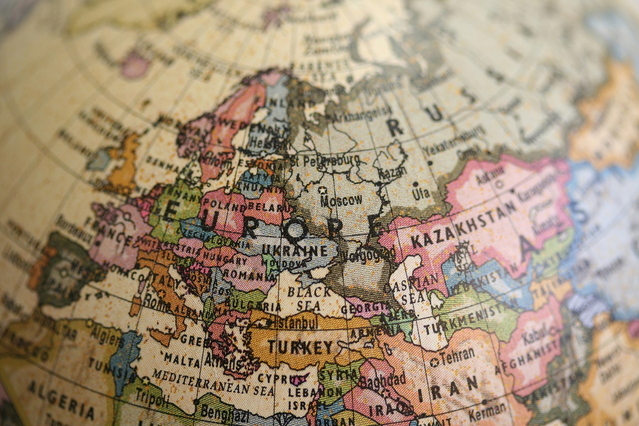